TL;DR: If your hero attack damage is more than it’s attack speed (without the +10 from treads), keep treads in agility, otherwise keep it in primary attribute.

For the past couple of days, I had this question in my mind. Which generates the maximum DPS for a non agility hero - power treads in primary attribute vs power treads in agility?

The reason this came into my mind is that there is a simple trade off between the two scenarios. When you have a hero whose primary attribute is strength or intelligence, switching treads to primary gives you +10 damage whereas switching it to agility gives you +10 attack speed. For agility heroes the answer is that you should always keep it in agility since that gives both attack speed and damage, thus no trade off. However, for the other two types of heroes, the answer is not so simple.

Let’s consider a strength hero with treads whose attack damage is AD and attack speed is AS without the treads bonus.

Comparing equation 1 and 2 we can see that the distinguishing factor is AS when treads in strength and AD when treads in agility. So if we have AS > AD, we want AS to be the contributing factor since it will give us more DPS. In that case, treads should be in strength. On the other hand, if we have AD > AS, then treads should be in agility as AD will then become the contributing factor in DPS and maximize it.

If you are not convinced yet, here is a visualization of the change of DPS based on tread switching for various values of attack speed and damage. Notice the points where the lines cross each other. 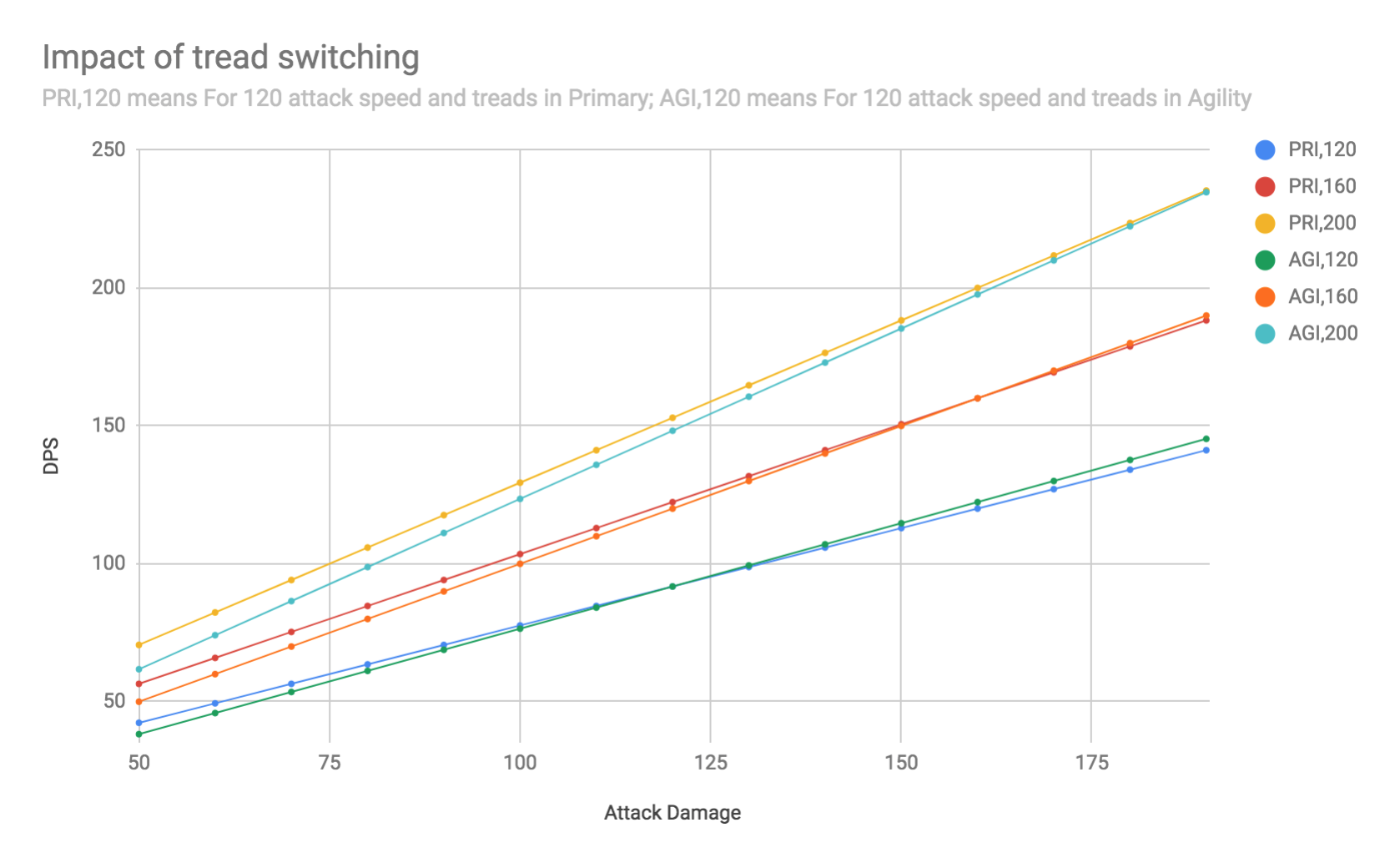 You can find the full spreadsheet here.